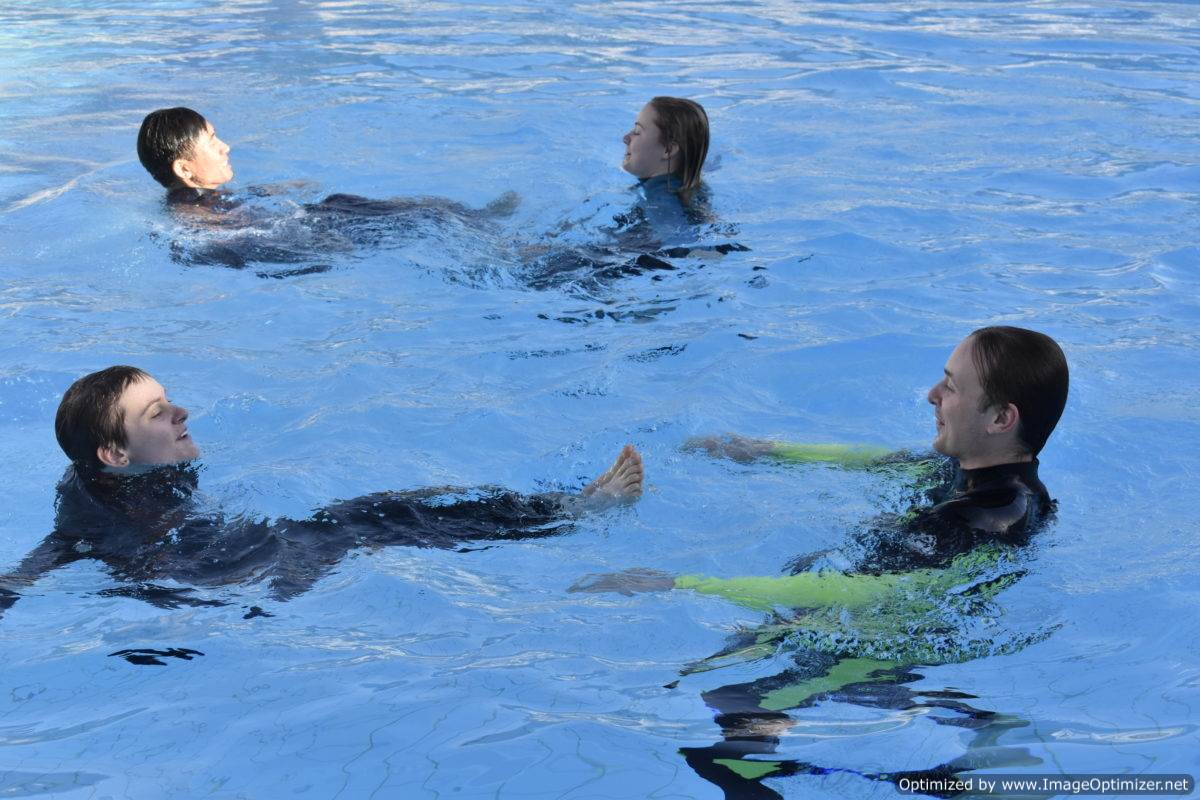 WHAT IS A RIP CURRENT?

Rips can be identified by deeper, dark coloured water, fewer breaking waves and a rippled surface surrounded by smooth water. The most common type is a chanelised rip. These rips occupy deep channels between sand bars and they can stay in the same place for days, weeks and even months.Then there’s boundary rips – which can also be channelised and are found against headlands and other structures reaching out into the ocean like piers and jetties. Sometimes these can be almost permanent. But one of the most dangerous and unpredictable rips is the Flash Rip.

To be able to form, rip currents need breaking waves. It’s the spatial variation in the breaking waves, normally caused by undulations in the sand bars that commonly begins the process of a rip current forming. A flow develops, that moves from the region of intense wave breaking toward the region of reduced or no wave breaking, inside the surf zone This flow is the pathway of least resistance for outgoing water – often a perfect channel – just like a river of the sea.

To study how rip currents Doctor Rob brander places mobile devices called drifters directly into the currents. These drifters have onboard GPS units that record rip current data such as flow speeds and flow direction both inside and outside the surf zone.

The average rip current flows offshore at speeds of about half a metre to one metre per second. But they all have a tendency to pulse and what that means is that suddenly the rip current can just dramatically double in speed in a matter of thirty seconds and then you’re talking speeds of two meters per second which is literally Olympic swimming speeds.FollowVIDEOTHE FATAL RIPLOADING…

HOW TO SURVIVE A RIP CURRENT

Rob Brander’s research has revealed that there is no single escape strategy that is guaranteed to get you out of a rip current. Instead you have options based on the conditions and the behaviour of the rip.

The golden rule is to never attempt to swim against the current – they’re just too powerful. Remember to stay calm and focus on floating. Just go with the current and raise your hand for help. Depending on the flow of the rip, floating will normally deliver two scenarios:

A circulating rip current should float you back around to either a sand bank or put you close to breaking waves which will help you get back to shore.

A current that flows directly offshore will normally float you just beyond the breaking waves where the rip will cease to operate. At this point you can either continue to float and wait for rescue or you can swim around the rip and back to shore.

The other option you have – and this applies only to good swimmers – is you can try swimming parallel to the beach in either direction as you float with the current. In some situations this may free you from the rip.

It’s really panic that is the biggest killer when it comes to rips. Rips don’t drown you that don’t pull you under. Panicking will drown you. People panic because they find themselves being taken quickly off shore, the situation is outside of their control, it’s a scary experience.

And what you need to do when you’re caught in a rip is try and take control of the situation yourself. You can float and you can assess what’s going on – do you want to swim this way, do you think that will work. If it’s not working, float a bit and swim the other way or just float. If you’re constantly thinking about the situation and the options you have you’re in control of the situation, provided you haven’t exhausted yourself, but you do not want to panic. Anything that will eliminate panic is the best approach. FollowVIDEOBLACK SUNDAYLOADING… 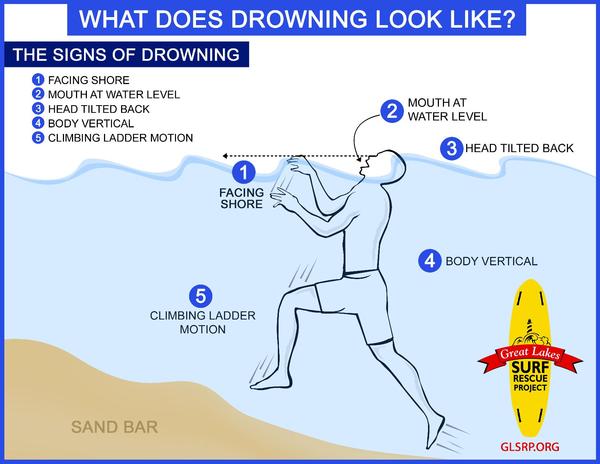 The new captain jumped from the deck, fully dressed, and sprinted through the water. A former lifeguard, he kept his eyes on his victim as he headed straight for the couple swimming between their anchored sportfisher and the beach. “I think he thinks you’re drowning,” the husband said to his wife. They had been splashing each other and she had screamed but now they were just standing, neck-deep on the sand bar. “We’re fine, what is he doing?” she asked, a little annoyed. “We’re fine!” the husband yelled, waving him off, but his captain kept swimming hard. ”Move!” he barked as he sprinted between the stunned owners. Directly behind them, not ten feet away, their nine-year-old daughter was drowning. Safely above the surface in the arms of the captain, she burst into tears, “Daddy!”

How did this captain know – from fifty feet away – what the father couldn’t recognize from just ten? Drowning is not the violent, splashing, call for help that most people expect. The captain was trained to recognize drowning by experts and years of experience. The father, on the other hand, had learned what drowning looks like by watching television. If you spend time on or near the water (hint: that’s all of us) then you should make sure that you and your crew know what to look for whenever people enter the water. Until she cried a tearful, “Daddy,” she hadn’t made a sound. As a former Coast Guard rescue swimmer, I wasn’t surprised at all by this story. Drowning is almost always a deceptively quiet event. The waving, splashing, and yelling that dramatic conditioning (television) prepares us to look for, is rarely seen in real life.

The Instinctive Drowning Response – so named by Francesco A. Pia, Ph.D., is what people do to avoid actual or perceived suffocation in the water. And it does not look like most people expect. There is very little splashing, no waving, and no yelling or calls for help of any kind. To get an idea of just how quiet and undramatic from the surface drowning can be, consider this: It is the number two cause of accidental death in children, age 15 and under (just behind vehicle accidents) – of the approximately 750 children who will drown next year, about 375 of them will do so within 25 yards of a parent or other adult. In ten percent of those drownings, the adult will actually watch them do it, having no idea it is happening. Drowning does not look like drowning – Dr. Pia, in an article in the Coast Guard’s On Scene Magazine, described the instinctive drowning response like this:

This doesn’t mean that a person that is yelling for help and thrashing isn’t in real trouble – they are experiencing aquatic distress. Not always present before the instinctive drowning response, aquatic distress doesn’t last long – but unlike true drowning, these victims can still assist in their own rescue. They can grab lifelines, throw rings, etc.

Look for these other signs of drowning when persons are in the water:

So if a crew member falls overboard and everything looks OK – don’t be too sure. Sometimes the most common indication that someone is drowning is that they don’t look like they’re drowning. They may just look like they are treading water and looking up at the deck. One way to be sure? Ask them, “Are you alright?” If they can answer at all – they probably are. If they return a blank stare, you may have less than 30 seconds to get to them. And parents – children playing in the water make noise. When they get quiet, you get to them and find out why.

(See a video of the Instinctive Drowning Response)

This work has been released into the public domain by the copyright holder. This applies worldwide.

In case this is not legally possible:

The copyright holder grants any entity the right to use this work for any purpose, without any conditions, unless such conditions are required by law.